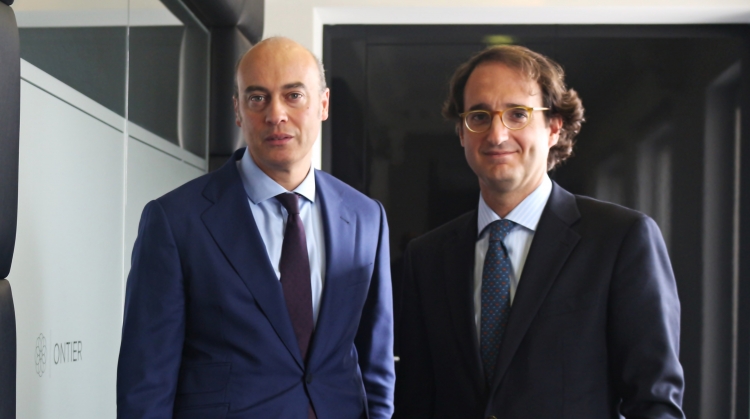 Spain
Manuel Díaz Corral, State Finance Inspector and former Head of the Cabinet of the Secretary of State for Finance, joins ONTIER to head the Madrid Tax Law Department.

'His signing is key as it takes part in our process of recruiting highly qualified professionals with an extensive background and expertise in different areas of practise' tells Pedro Rodero, ONTIER Spain Managing Partner. Following that same purpose, ONTIER also recruited Agustín Azparren, Former Magistrate and Chairperson at the General Counsel of the Judiciary, and Eduardo González Biedma, Labour Law Professor at the University of Seville and Solicitor at the Constitutional Court.

Manuel Díaz Corral is a really qualified professional coming with a clear purpose: working on the development of the Madrid Tax Law Department. 'His extensive background as State Finance Inspector and his previous career at the Public Administration means a further step for ONTIER to reinforce its footprint as a reference law firm with highly qualified professionals working in-house in every of our areas of practice', states Rodero.

Law graduate by the CEU San Pablo University, Manuel Díaz joins ONTIER after a long career in the Public Administration, being his last position Head of the Cabinet of the Secretary of State for Finance. He previously headed the School of Public Finance, led the regional unit and acted as Deputy Head of the Special Delegation of the Spanish Public Finance Authority (AEAT) in Madrid. He was also Administrator to the AEAT and Chairperson-Adviser at the Institute for Tax Studies. Manuel was also President of the jury of official exams to enter the Spanish Body of Senior State Finance Inspectors. Moreover, he was Adviser to Spanish state-owned companies Paradores S.A. and Loterías y Apuestas del Estado.

Manuel also has an extensive academic background as a professor in several institutions including the Business School of the CEU San Pablo University (since 2007) and the Loyola University (since 2012). He also headed several training courses in tax and finance at the Menéndez Pelayo International University and he works as a professor at the International MA program in Tax Administration at the World Bank. He teaches Tax lessons at the MA in Tax Law at the UNED and works as a professor at the School of Public Finance, the National Institute for Public Administration (INAP), the University of Salamanca Foundation and the School of Economy Professionals, among others.