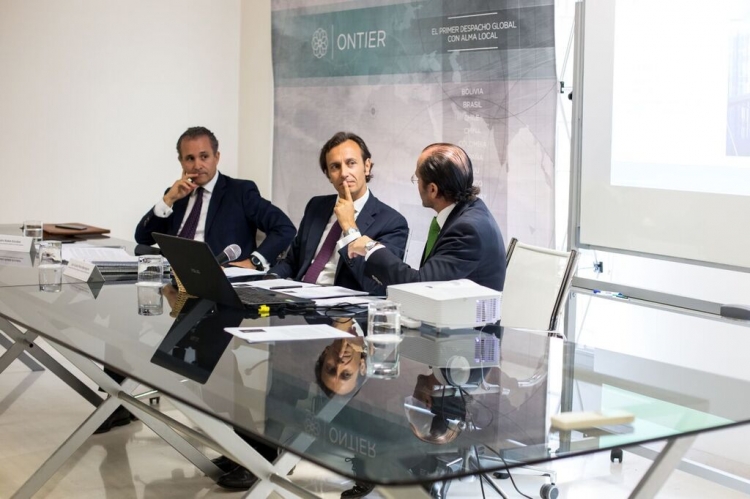 Pedro Rubio, Partner at ONTIER: Over 1,000 Amendments Have Already Been Submitted for the New Public Contracts Act in Spain

Pedro Rubio went over the latest news on contract pricing, more specifically the problems regarding 'price 0 contracts'. Then José Carlos Pérez talked about the main news in implementation and enforcement of contracts. Luis Enrique Flores, General Secretary of the Seville city hall, went over the draft law for local entities and María José Santiago, President of the Administrative Court for Contract Appeals of the Regional Andalusian Government, explained the special contract appeal.

A Q&A session was set after the act finished, triggering an interesting discussion among the speakers and attendees.

'This new draft law is one of the most relevant acts of this term, and it's currently in amendment submitting phase. The different parliamentary groups in the Congress have already submitted over a thousand partial amendments for this draft law' explains Pedro Rubio.

The new Public Contracts Act aims to European Directives 2014/23/EU and 2014/24/EU from February 26th, 2014, having the implementation period for both of them already expired.